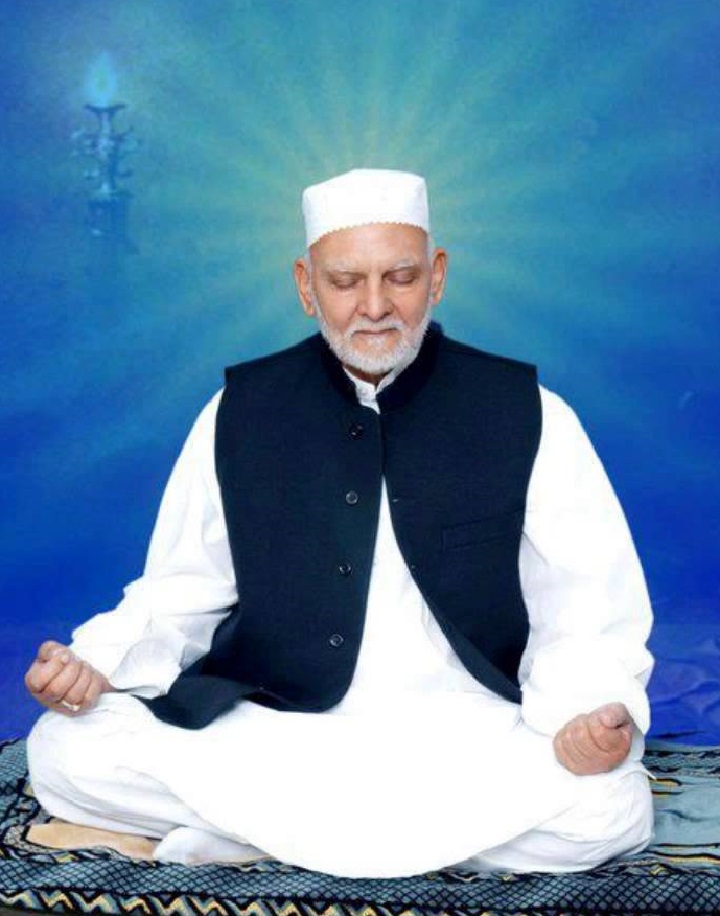 Meditation is any form of mental concentration that calms, quietens and focuses the mind. It can be used for relaxation, health improvement, self-discovery, enhancement of creativity and mental abilities amongst many other things. Muraqba is Sufi Meditation. It is meditation and much more. It involves focusing the mind on a single point after taking the mind away from everything else. In essence, Muraqba is to become thoughtless in a single thought.

The word Muraqba comes from the Arabic word Raqeeb, which is one of the attributes of Allah. Raqeeb means protector or caretaker. This indicates protecting the mind from negative and worrying thoughts and focusing on Allah, His attributes, or His signs.

Through the practice of Muraqba a person is able to gain that knowledge which is the primordial knowledge of his Soul. After gaining that knowledge, he can gain access to his Soul, and recognise his Creator, Allah the Almighty, and establish an intimate relationship with Him. That is the ultimate goal and purpose of Muraqba.

Through the practice of Muraqba a person can begin his spiritual journey and become acquainted with the unseen realms. In order to understand how this is possible it is important to firstly understand that we are composed of two parts, an Outer Self and an Inner Self. The Outer Self is the physical body and it is bound within the restrictions of Time and Space. The Inner Self of a person is the Soul, and it has the entire universe impressed upon it and present in it. The Soul is not confined to Time and Space. 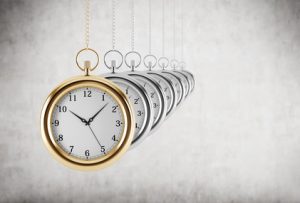 These Outer and Inner Senses are mentioned in the Quran by the name of ‘Day’ and ‘Night’ respectively.  In the Quran there is mention of the Torah being given to the Prophet Moses:

“We appointed for Moses thirty nights and completed (the period) with ten (more): thus was completed the term (of communion) with his Lord forty nights” (7:142)

What deserves special attention is that despite the fact that Moses stayed on Mount Sinai for forty days AND nights, Allah mentions only nights in these verses. The days are completely left out. Why? The reason is that throughout his stay at Mount Sinai, he remained under the influence of the Night Senses (Inner Senses).

“Glorified be He Who carried His servant by night from the inviolable place of worship to the far distant place of worship, the neighbourhood whereof We have blessed, that we may show him of Our tokens”    (17:1)

Again, the Night is mentioned, indicating that whatever events took place in the invisible or non-material world and whatever feelings the Holy Prophet (pbuh) experienced during his Ascension, they all happened under the influence of the senses of the Night (Inner Senses) whilst bring awake. The message that is being conveyed is that Divine inspirations can only be received through the Inner Senses. It is not possible to enter into the unseen world through the Outer Senses. 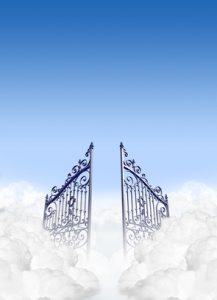 Muraqba is the most effective method of activating and entering the Inner Senses. It is a method in which one enters the Inner Senses whilst being fully awake. This is achieved when a person diverts all his mental attention on a given focal point and becomes so deeply engrossed in it that all other thoughts eventually disappear, leaving nothing on the mind except the point of focus. As one’s mental focus increases and attains further depth he eventually enters the Inner Senses and breaks free from the hold of Time and Space, enabling him to enter the invisible world.

Through Muraqba a person can begin his spiritual journey and become acquainted with the realities of the Universe. He can explore those forces that are beyond the scope of his physical (outer) senses and finally achieve cognition of the ultimate reality, which is Allah Himself. This journeying into the spiritual world makes one aware of the special bond that exists between Allah and man in the capacity of the Creator and the Created Being, during every breath and every moment. 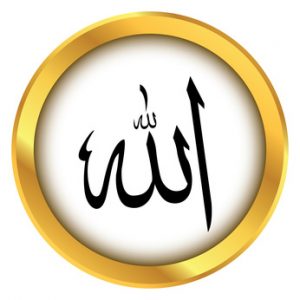 The meaning of Muraqba also includes Contemplation, which means to explore with all mental capabilities the numerous signs of Allah scattered all over the universe. The importance of contemplation is emphasised in all religious scriptures.

There are 726 different verses in the Quran which order us to contemplate on various things such as the skies, land, rain and growth of plants, amongst other things.

The holy books encourage us to make contemplation or deep thinking a part of our regular life. When a person focuses and deliberates upon something, the hidden forces in that thing become known to him. According to the Quran, those who possess knowledge and those who are close to Allah are immersed in deep contemplation.

The prophets of Allah created an awareness of Muraqba and guided us to how we can use our power of mental attention or contemplation to become acquainted with our Real Self. A good example is that of the Prophet Muhammad’s early life, in which he used to temporarily break his links with the external world and adopt solitude in a remote mountain cave called Hira. Before this time, neither the Quran was revealed and nor was the Islamic Code of Practice introduced. According to the Sufi point of view, he was going there to practice Muraqba. He would contemplate on the Divine Essence and the mysteries of the Universe by reflecting inwards, focusing all of his mental energies on one point. When that mental concentration reached its zenith, he started to witness the Unseen Realm including the Angel Gabriel. It was this very place where he received Divine inspiration for the first time. Through Gabriel his prophetic training started which culminated in a stage in which he started receiving the command directly from the Divine. Muraqba was the very first practice of the Holy Prophet (pbuh), which resulted in his conversing with the Angel Gabriel, and initiated a whole episode of revelations.

In order to observe the unseen realms, all the prophets and saints practised Muraqba. The system of prophet-hood has ended but the revelation and awakening of spiritual consciousness continues. In Sufism, this attempt in which all mental aptitudes are turned towards Allah is known as Muraqba of the Divine Essence. To create a connection with the Divine is the sole objective behind all prayers and exercises in religion, whether it is Salaat (obligatory prayers in Islam), Fasting, Charity or Hajj (pilgrimage), Dhikr (remembrance of Allah) or any other form of worship. 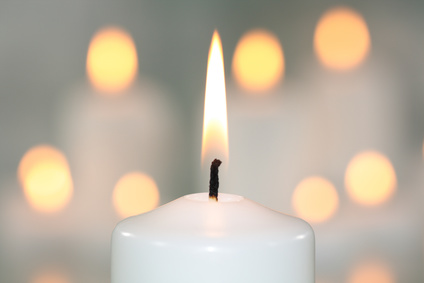 Mental focus is imperative in all fields of study, whether academic or spiritual. By focusing the mind the scattered forces that exist in the depths of the mind converge and then surface. Until the desire, enthusiasm and curiosity about a subject is not created within a person, he is unable to fully focus on it and learn about it. Mental focus is the basis of all learning and acquisition of new skills. This applies to the awakening of spiritual abilities too. Unless someone tries to focus on his Inner Self (Soul), his spiritual abilities would never emerge.

The reason why so many abilities of the Soul and its unlimited force remain inactive is because the power of mental focus is hardly ever used to activate the mystic capabilities that exist within each of us. Mystics throughout the ages have maintained that if we focus on our inner spiritual self, we would be able to explore the power and potential of our Soul. 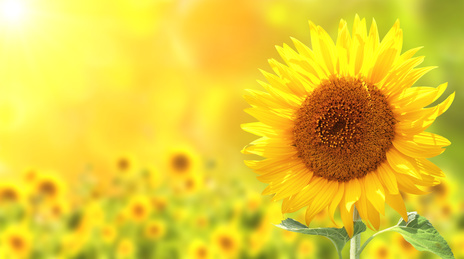 Spiritually, mentally and physically there are numerous advantages of practicing Muraqba. First and foremost it improves concentration, immunity, memory, and controls our negative thoughts and emotions thereby giving us a feeling of serenity and tranquillity. Overall we are able to perform better in our daily tasks.

After success in Muraqba a person is set free from fear and negative thoughts. Experience and observations have shown that some of the spiritual, physical and mental benefits that are achieved by practicing Muraqba are:

Please get in touch with one of our Muraqba Halls should you wish to receive further information or instructions in relation to the practice of Muraqba.